I’m a father, a husband,
a futurist, and a serial
entrepreneur. 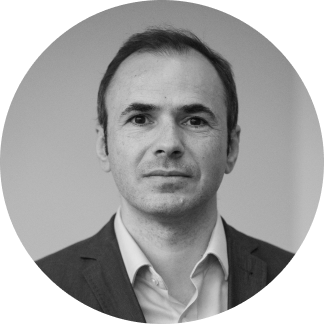 I’m here to tell you why, throughout my professional life, I’ve focused on two, key principles – and why you should too:

What do I mean?

What do I mean? How do we engage with online content today? We check the news, we hang out on social media, we work remotely, bouncing between Google Docs and Gmail, we watch something on Netflix, and then we go to bed.

The real world – and the digital world as well – is all about the idea of pull. We want to consume whatever appeals to us in the moment and ‘pull’ that – or access that instantly – on our smartphones and other devices. That means our entire media life is about the moment – the microevents that we access with our phones, seeking immediate gratification – a need that needs to be fulfilled instantly. As a result, we react based on what interests us in the moment, regardless of the sources.

We live in the middle of this network, reacting to individual events or pieces of action – interacting with, and consuming, content in an itemized way. Our lives in the digital space are now, more than ever, made of single servings of content – this article, that video, that tweet, that podcast. We react to microevents all the time, according to whatever interests us in the moment.

What this means is that user centricity is absolutely essential, because the user lives in the moment. And, because they can get what they need elsewhere, anything that’s not ruthlessly focussing on the user will fail.

The principles in practice

Throughout my career, and through the companies that I’ve built, I have always challenged myself to think, rethink and rebuild those business models that do not naturally embrace these principles.

It all began in 2005, when I co-founded and managed DELUXE MUSIC, a pan-European music TV station. Similar to VH1, DELUXE developed, produced and broadcast music TV channels at a fraction of the traditional cost of content. We created the first original HD content lineup on global television, while the rest of the industry was still upscaling their content!

In 2010, while eating at my favorite sushi restaurant (seriously!), I came up with the idea for a user-centric consumption model for publishers and media. This led me to found Laterpay, a frictionless monetization solution for publishers and content creators. By allowing users to build a running tab of just the content that they wish to consume, Laterpay empowers content providers to make money and create sustainable revenue models with a convenient user experience.

With LaterPay, creators can tap into new customer groups, get users acquainted with paid content, and gradually but successfully market higher-value paid models such as time passes and subscriptions, building a bridge between free, ad-financed offerings and subscription models.

While this news is great for artists as a group, it continues to put the onus on governments and organizations to fund the community. There are many people and devoted fans who may want to help and show their support, but simply don’t have an easy way to do so.